Are you interested in being on the STEEL UNITED coaching staff?

If you are interested in coaching at Steel United please email our DOC, Curt Bowdish or Technical Director, Christopher Slattery. 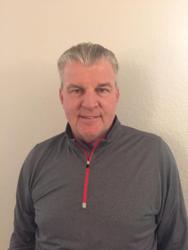 We are happy to welcome coach Neil Megson to the Fury family. He comes to us from RSA Elite where he coached the B01 to a NPSL Div 1 Championship.  He also had the B03 who finished 4th in NPSL div 1 and had a tremendous showing at the Portland Winter showcase.

Megson played two seasons as a midfielder in the North American Soccer League, nine in Major Indoor Soccer League, one in the Continental Indoor Soccer League and six in the USL First Division and its predecessors. He served as head coach to the Seattle Sounders for five seasons, winning the 1995 A-League championship and being named the 2000 USL Coach of the Year. He also earned two caps with the U.S. national team in 1988. Neil holds a USSF A license and has coached boys and girls youth soccer in WA State for over 20 years. ODP Regional coach. Coached at Federal Way, Harbor FC, Washington Premier, Crossfire FC, RSA. Won 5 WSYSA state championships and numerous tournaments. Placed numerous men and women in college soccer programs including Division 1/2/3 NAIA and CC. Brother played in the English 1st division and coached in the English premier league with Bolton Wanderers and WBA.

Soccer Playing Experience
Have played for 44 years.
Youth teams growing up.
Numerous adult teams after college.  Majority of them in the 1st division of indoor and premier divisions of the men’s outdoor leagues for the GSSL and tournaments.  Currently play in Federal Way Over 40 Mens 1st Division as a goalkeeper.  28 years as a goalkeeper.